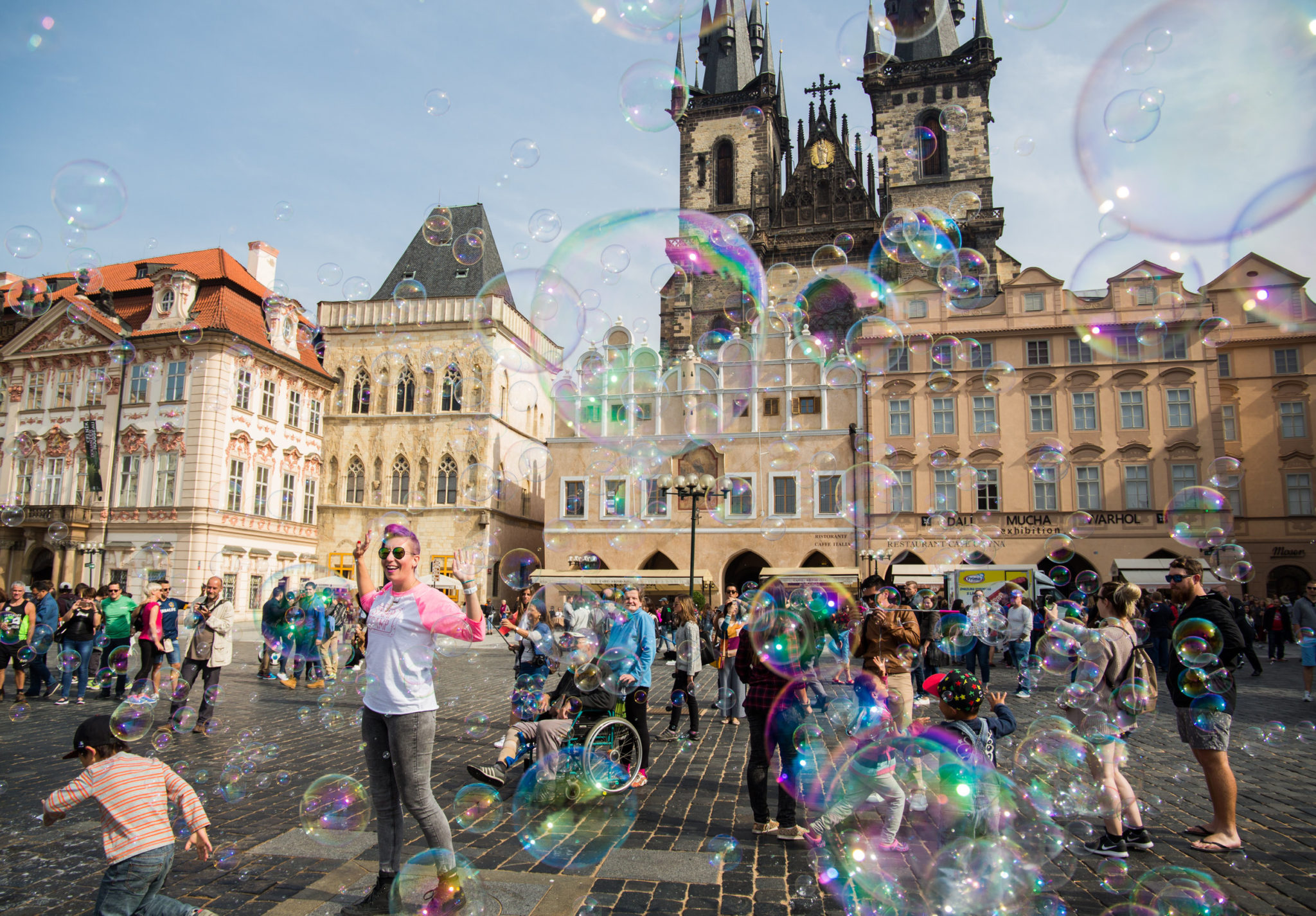 Well, well, well. Here we are. All limbs accounted for. Zero nights spent in jail. Passports still in hand (knock on wood). We’re about to head from jaw-dropping, put-it-on-your-list-now Prague to Provence in — le sigh — the South of France. All said, this makes four countries in a little more than two weeks. And what have we learned?

The gist is that long-term travel is hugely different from the 10-day vacays we’re used to. You have to pace yourself, carve out time for regular life stuff and roll with some unexpected punches. But there are definitely lessons that translate no matter how long the trip. Lessons that — we hope! — will make your next vacay even better.

Start with a food tour. If you really want to know a culture, eat with them! We just wrapped a totally mental culinary tour with our Scottish-turned-Czech wonder guide Neil at Eating Prague Tours (who, incidentally, introduced me to my new favorite phrase, “totally mental.”) The food was bonkers. Sauerkraut soup in a 16th Century bellower, fare from Prague’s emerging foodie scene, and fancy bacon belly pate that even Maloney liked. But we got so much more – a feel for the city’s history, its people and politics, even the layout. Neil patiently — and hilariously — answered a million dumb questions. Our only regret was that we didn’t do it earlier in our Prague stay.

Pick up randos. Unlike the creepy Uber driver Maloney gave her contact info to a while back (and who now stalks her on social media), connecting with fellow travelers is a thing. Anybody who’s out in the world, backpack in tow has something really cool in common with you — so just go with it. Maloney met a Bay Area lawyer named Jules on the bus ride from Munich, and he turned out to be a blast — and, hopefully, a valuable part of my trivia team when I get back to San Francisco.

Don’t sweat the small to medium stuff. Did I accidently lose a bunch of money on a reservation mistake in Dublin? (Seriously, thanks for nothing Maeve at Cassidys.) Yup. Did Maloney end up spending several Oktoberfest hours hunting down an inebriated family member? Also, yup. Whether you’re trip is really long or just a long weekend, remember why you’re there. Don’t compound the bad by wasting time being upset about it. This is the one I struggle with most, sooooo… do as I say, not as I do.

Flexibility is an art. Before we took off, we kind of suspected we were crazy, leaving our regular lives behind to globetrot for a bit. Now that we see people like Abbey — our 20-something Aussie hostel-mate — it’s pretty clear we’re nowhere near as laid back as we thought we were. This chick’s been solo travelling for three months, had one more night in Prague, and just extended her round-the-world trek for another few weeks. Where’s she going next? What’s her exit strategy? She has no idea. Short of year-round Burners, I don’t see many Americans living life like that. But it’s part of the culture of a lot of other countries. We’re definitely taking notes.

You can’t see everything (but try really hard). Every time we’ve left a place, we’ve made a list of the things we need to see when we go back. It’s so tempting to try to squeeze in every possible castle, waterfall hike, beer garden and museum. But when you also have to make time to do laundry, work and shop for bananas (like, so many bananas), you have to learn to be okay with a more reasonable schedule. That said, avoid naps except in case of emergencies 😉