Anyone who loves Austin’s SXSW should try the Treefort Music Festival in Boise instead.

Both are multi-day music and arts festivals. Both take over an entire city and spawn tons of spin-off events (called “Forts” in Boise. Cute, right?). Both give you more flexibility than other big fests — *cough* Pitchfork and Bonnaroo *cough* — where you have to pay one big ticket price to get into one big event.

But the Treefort Music Festival is waaaay cheaper. It’s definitely getting bigger; in the six years since its 2012 launch it’s added 10 new venues (23 total) and eight Forts (nine total). But it’s still way more manageable than South By. Plus – and maybe I’m biased having lived in the Idaho capitol for a few years – Boise is cool. Like, a lot cooler than you’d think.

I know comparing anything to the legendary SXSW is pretty bold. And Treefort is about half as long. But, bigger isn’t always better. Hear me out on all the ways the Treefort Music Festival is better than South By (and then tell me all the reasons I’m wrong in the comments, if you want 😉 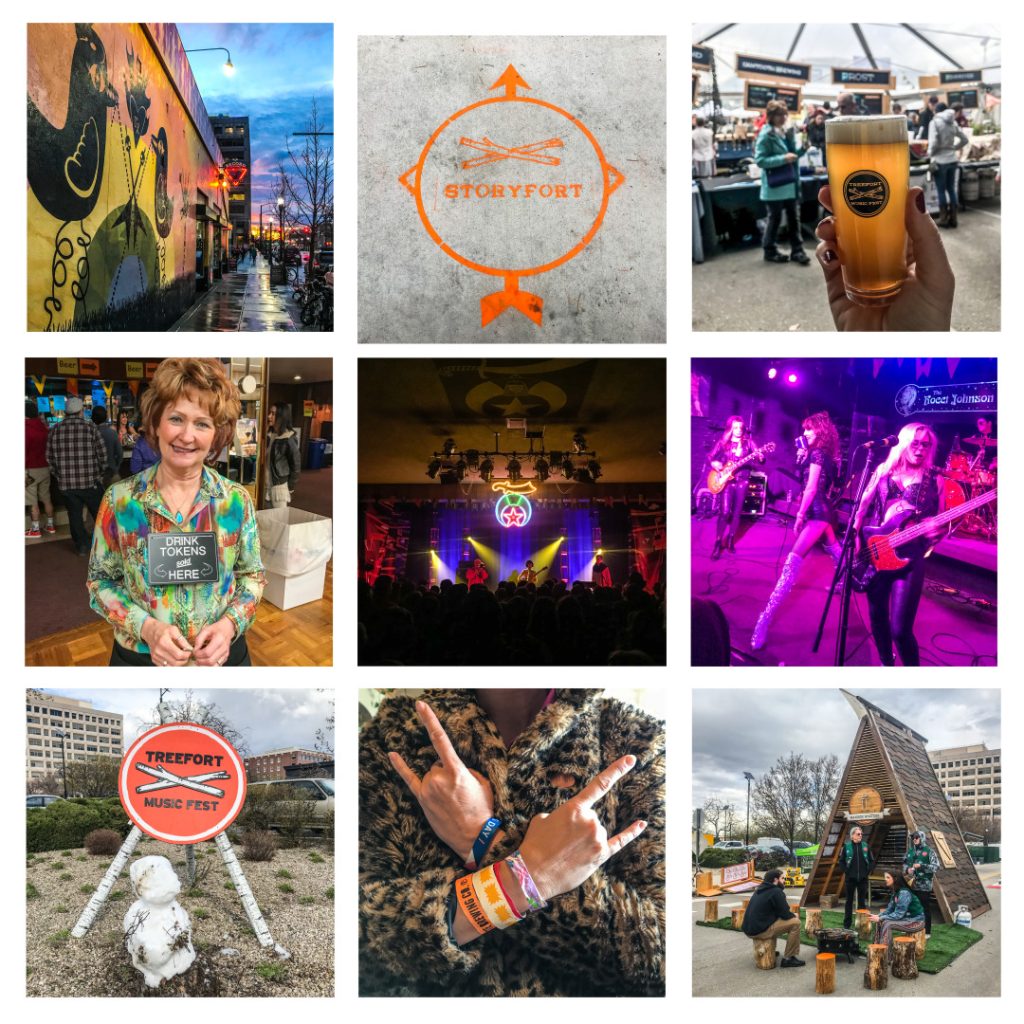 The Price You Pay

The 2018 all access pass for SXSW would have set you back $1,150. At Treefort a cool $299 will get you into every event and even skip-the-line privileges.

Here’s a handy breakdown of the Treefort pricing structure based on 2018.

–The Zipline Pass: Definitely the way to go. Buy early for $299. That extra $124 over general admission lets you skip lines.

– Day passes are available but if you’re really trying to save a buck I would recommend the pay at the door option. If FOMO doesn’t get the best of you, you can hunker down at one of the venues and just pay their cover, anywhere from $5-$25 dollars. The Treefort website actually lists all the venue cover charges so you can easily check if it’s worth it to you.

– Volunteer Tickets: The BEST bang for your buck. A $30 commitment and 3-5 hours helping bands move gear or selling merch earns you a 5-day pass.

And I’ll say it again bigger isn’t always better! Boise is a fifth the size of Austin, which means cheap Lyft fares, available parking and easy walks. (Get there soon, though. Forbes just named Boise the No. 1 fastest growing U.S. city.)

Treefort Music Festival will always be the little brother of SXSW, but that’s what makes it fun and approachable. Have a drink with the band after a show or stand in line behind one of your idols at a food truck. This happens at Treefort.

Being small, Treefort takes advantage of every possible venue, including the Shriner’s hall which is one of the hippest. El Korah has an eerie Twin Peaks vibe with two of Treefort’s best kept secrets: the grandest ladies room in the city affectionately called “ladyfort” and “breakfestfort” in the basement, where you can buy late night breakfast burritos from the shriners.

Literally. Austin temps average in the mid-70s in March. Boise’s going to hover in the 50s and 60s. This means a couple things. First, it’s too damn cold to look cool! The fashion is fun during Treefort, but it’s never going to reach nauseatingly sceney status of, say, a Cochella. It’s hard to fit a flower crown under a ski cap.

Second you still get the benefit of snow in the mountains while enjoying spring in the valley. Stay a couple extra days, rent a car and explore what makes this part of the country special. Bogus Basin ski resort is less than an hour drive where you can go snow tubing, ride a rollercoaster and of course – ski.

But the best lazy outdoor spring activity is soaking in hot springs. There are a dozen within a three-hour radius of Boise. (More details on an easy glamping area with hot springs only 45 mins north of town right here!)

Alefort could be its own event but instead the craft beer tent is completely free to enter, you don’t even need a Treefort pass. For around $3 you can fill a taster with beers from over 30 different breweries within a 4 min walk to the mainstage. Idaho deserves to be recognized for their dedication to beer. The state has tripled the number of breweries in the past two years. In fact, according to Idaho Tourism there are 4.6 breweries per 100,000 people. So how does this compare to Texas? Who cares, if you come to Idaho for the beer you won’t be disappointed.

If liquor is your vice, rejoice because a good strong pour of a whiskey ginger is still less than $5 at most downtown bars.

One thing both festivals do well is going beyond music. But most of Treefort’s spin-off events are either totally free or included in your ticket price. In 2018, there were nine Forts –  Alefort, Kidfort, Comedyfort, Hackfort, Filmfort, Yogafort, Foodfort, Skatefort and my personal favorite – Storyfort (and those are just the official forts.) Unofficially, you get to add “Fort” to almost any word that week. My only real complaint is that the port-o-potties weren’t called Peefort – officially anyway. 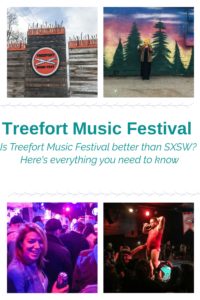