Three hundred years is a loooong time to keep secrets. Fortunately, the Traveler Broads got to San Antonio just in time to celebrate its Tricentennial and help this fabulous city get a few things off its chest 😉 Turns out, there are more things to do in San Antonio than you read about in guide books.

Everybody knows about The Tone’s two biggest attractions: the River Walk and the Alamo. (Also, the No. 1 and No. 2 tourist attractions in the state, btw.) Hundreds of thousands of visitors flock here for Tex Mex, river views, Texas hospitality and massive events like the Final Four.

But when we started exploring — even a little bit — we found a whole other San Antonio hiding just below the surface. It has layers of history, deep food traditions, an artists’ eye and party in its soul. And we are here for all of it.

Since we’re terrible at keeping secrets, here’s all the underground things to do in San Antonio we found on our Tricentennial trip. 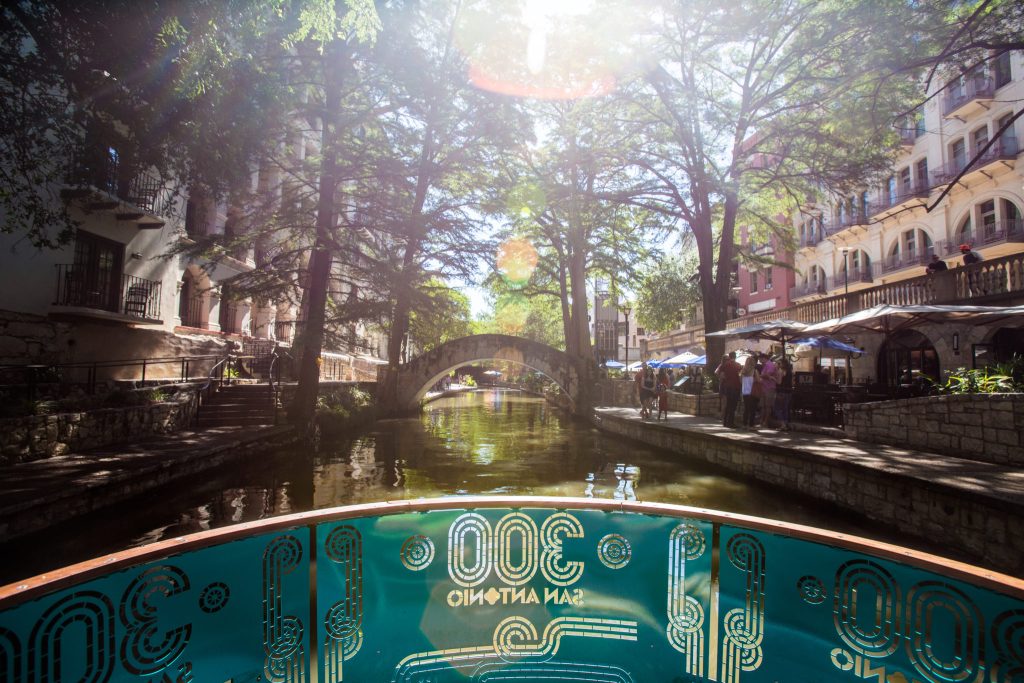 The Rest of the River

Most visitors stick to the Downtown River Walk loop. Instead, snap a quick selfie on the Selena Bridge (obvi) and chart a course for a less traveled stretch.

Colorful, electric-powered Go Rio shuttles cruise visitors north to the Museum Reach section. (Don’t miss seeing the original keys to the Alamo at the Witte, while you’re in the neighborhood!) Under the bridges along the way, spot public sculptures, sound installations and even a colony of Mexican free-tailed bats that emerges every evening.

For a more athletic river adventure, rent kayaks and paddle your way south to the historic missions. (Guess which one we did 🙂 )

Four More Missions (We were shocked, too!) 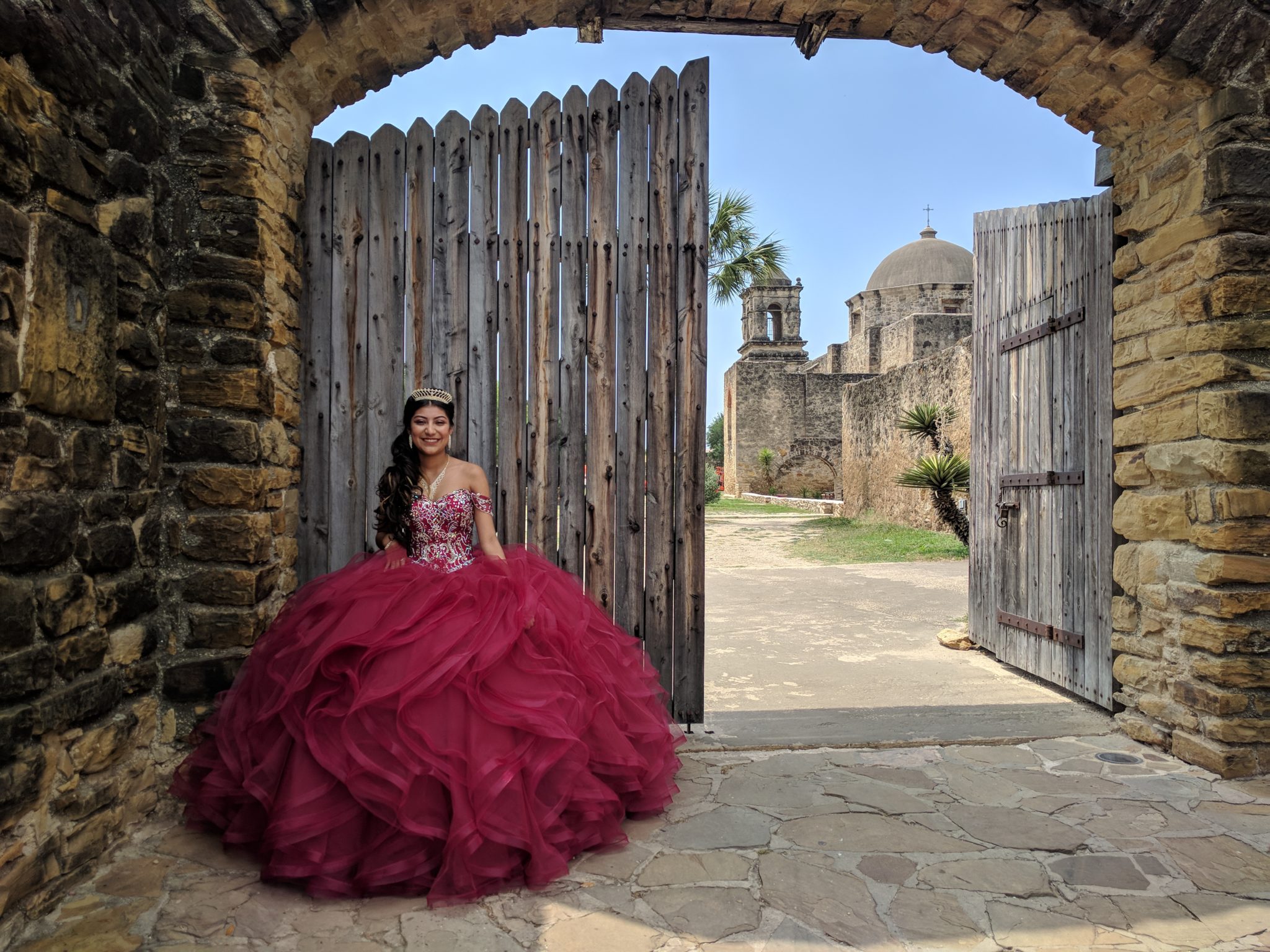 It’s not the Alamo that people forget about, it’s the four other historic missions that make up San Antonio’s UNESCO World Heritage site.

Spanish colonizers started building these Catholic settlements 300 years ago — hence, the 2018 tricentennial. Concepción, San José, San Juan and Espada are far less crowded and still feel authentic. (The Alamo currently sits across from a Ripley’s Believe It or Not, though there’s plans to change that.) Don’t forget to look for fun events like the annual Restored By Light festival, where original frescoes are projected onto the historic facades after dark. 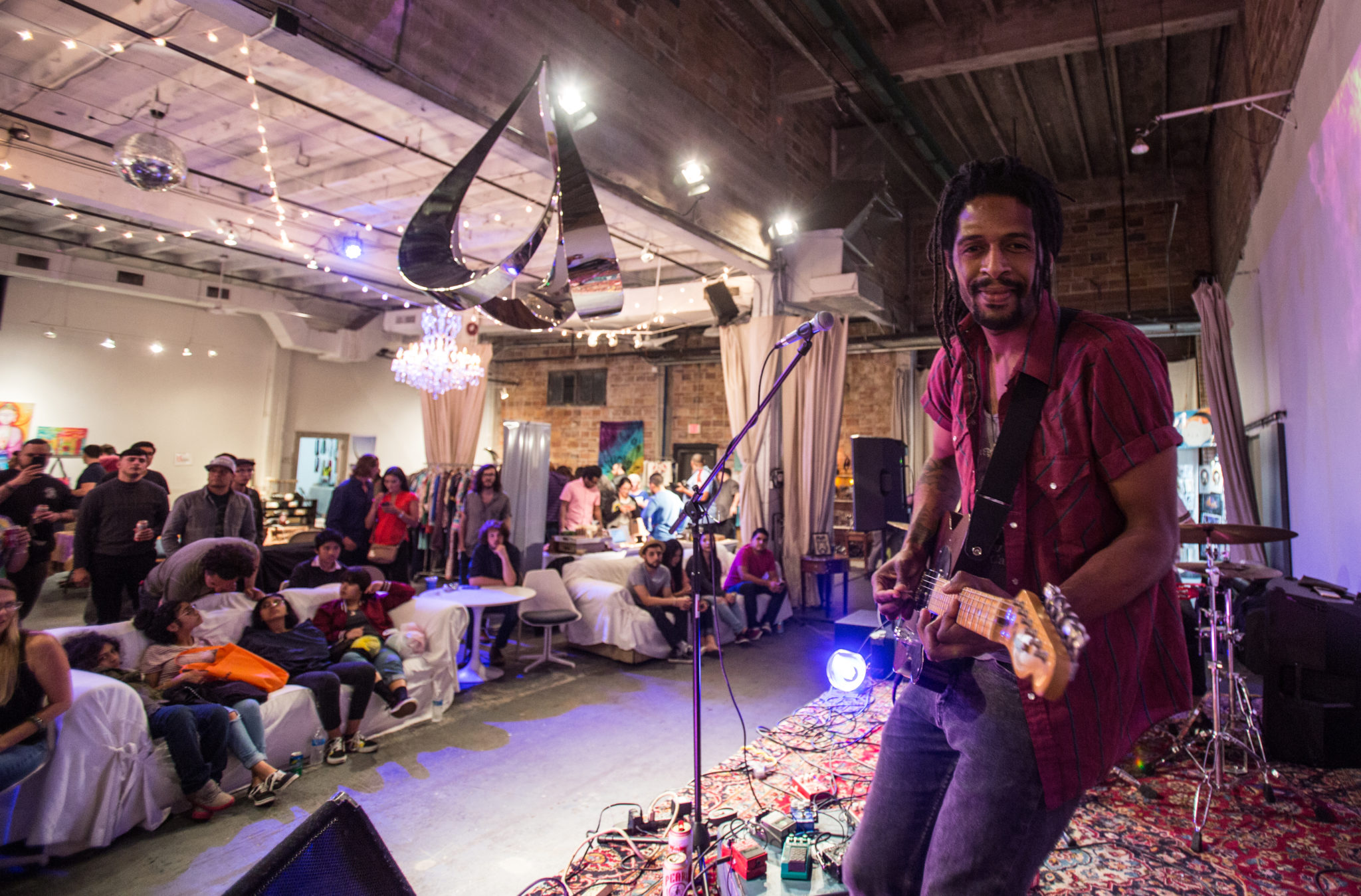 This town loves underground so much, it hosts two highly legit art walks in the Southtown neighborhood each month.

Visitors can also check out Second Saturday nearby, which has a similarly edgy vibe that we’re told is a touch grittier.

The Fests Between Fests 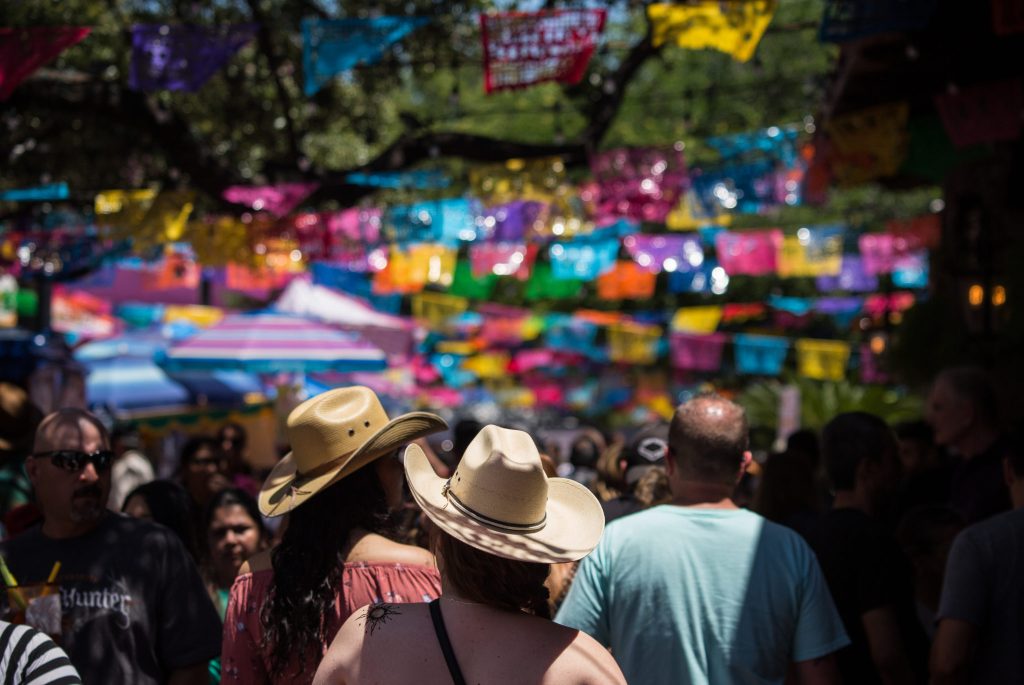 Everyone says San Antonio’s 10-day Fiesta in April sprawls across the city and rivals New Orleans’ Mardi Gras. (We definitely plan to get to the bottom of that claim next year.) But the real secret festivals happen in parallel with the biggies in Austin.

Between the two October weekends of the Austin City Limits music festival, major acts head the hour south to play San Antonio clubs. Savvy fans catch them in more intimate venues for a fraction of the price. (Something similar happens during SXSW. It even has a name: Spill-Bound.)

Music on the Rise 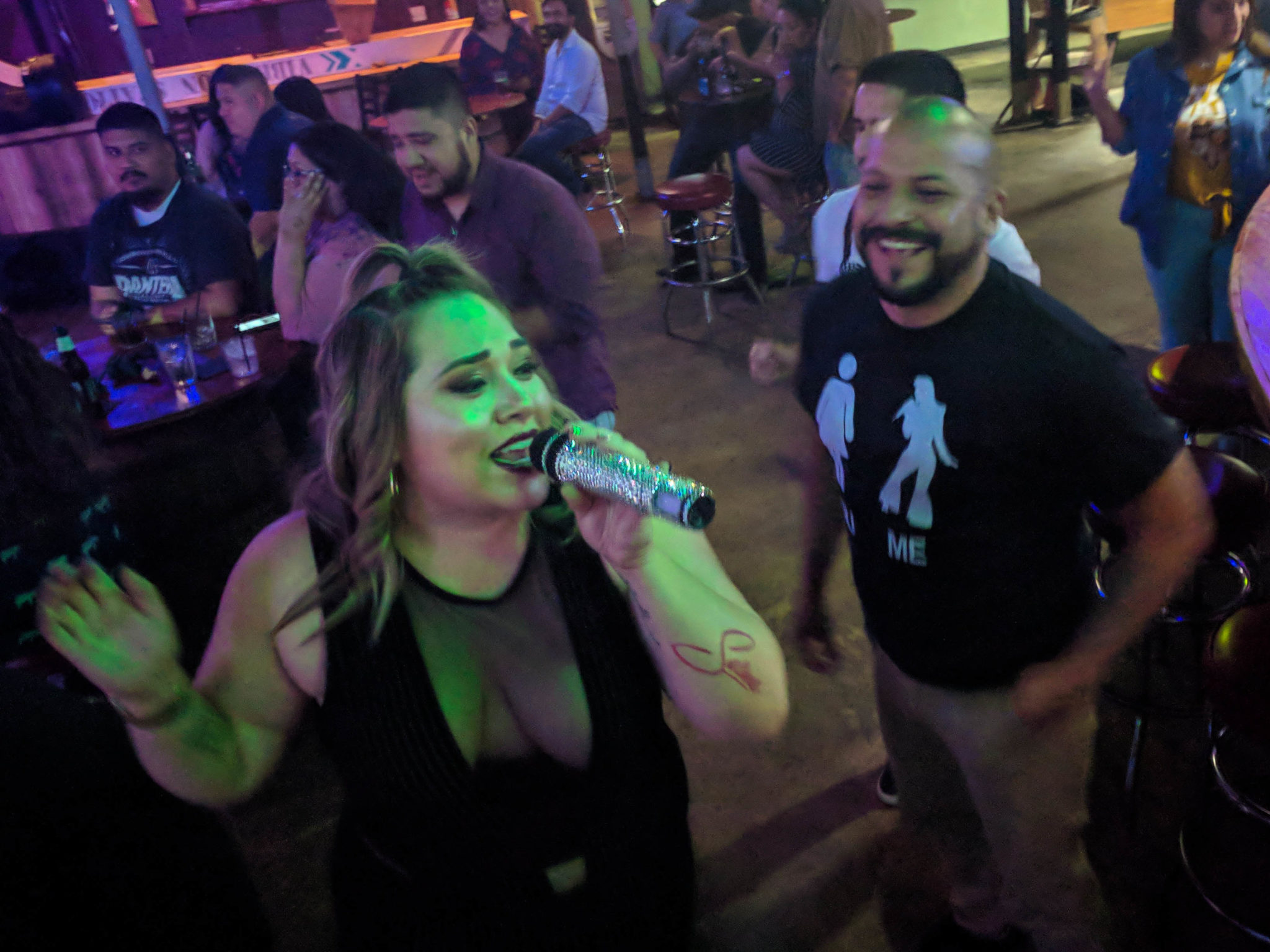 Along a stretch of North St. Mary, a handful of venues are anchoring a burgeoning music district.

We popped into Squeezebox for a live DJ set, a little dancing and killer cocktails expertly mixed. Catch bigger acts at Paper Tiger. While you’re cruising the street’s invitingly divey bars, grab one of the most talked about tacos in town from the truck next to Hardbodies, San Antonio’s only male strip club. (Imma just let you Google that one.)

No matter what, don’t miss a chance to see Selena tribute band Bidi Bidi Banda, made up of all-stars from the area’s premier Latin bands. We’re still swooning. 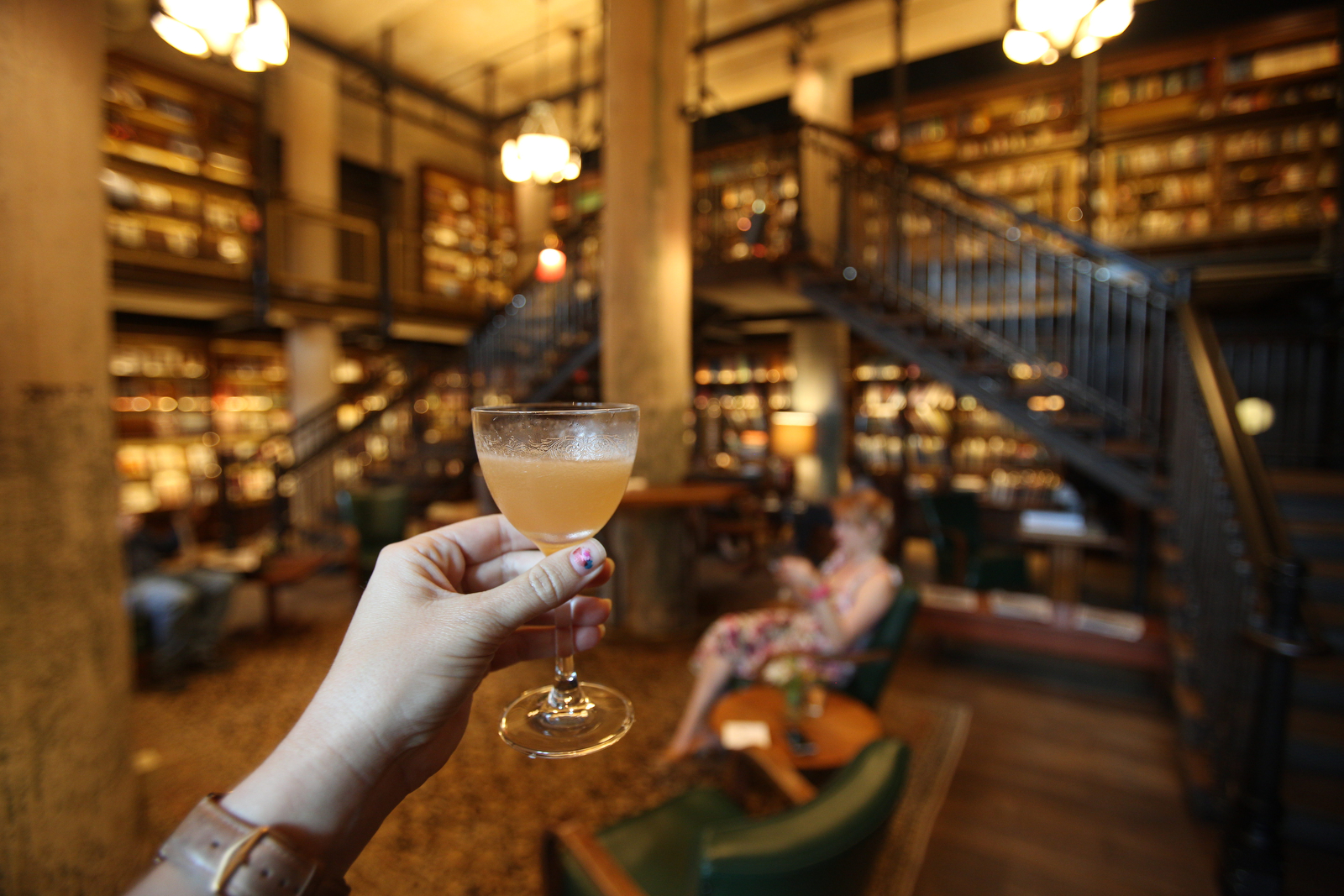 The Pearl District is known for its chic shops, fine dining and the high-end Hotel Emma. But the area also served up some of the best cocktails of our trip. From the outside, the speakeasy Modernist looks like a regular home (There’s no sign, only a mailbox out front.) Inside, pro mixologists and comfy couches await.

And the frozen rose — frose — at the Bottling Department Food Hall made such an impression, we went back for seconds! (Who are we kidding? Thirds). And, if you’re lucky enough to get access to the guests-only library at the hotel, don’t miss the signature Three Emmas cocktail they serve at happy hour.

Fender and Maloney are the two New Orleans-based journalists behind the Traveler Broads. We focus on hyper local travel that supports indie artists, venues and retailers. Grab our new Off the Record guide to experience the French Quarter like a local.

*Note* While the San Antonio Tricentennial committee sponsored our trip, all opinions are our own. Special thanks to local bloggers Puro Pinche and Que Means What, who showed us around their city! 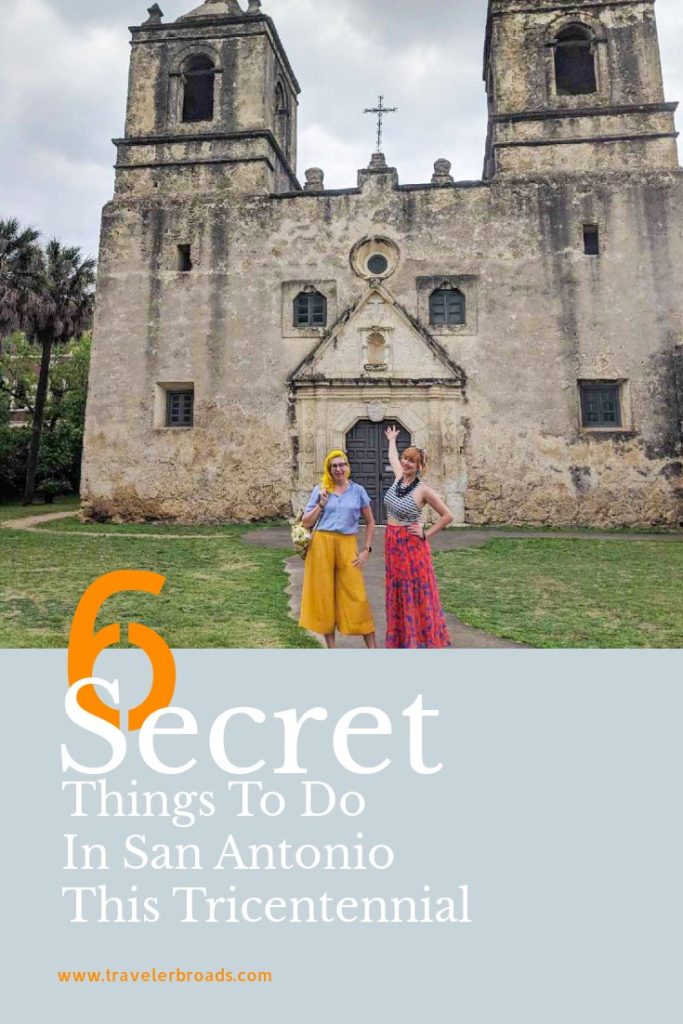